The Bo-Kaap Cooking Tour takes you on a voyage into the life, food and culture of the Cape Malay's in Bo-Kaap whilst offering you a hands-on, practical lesson on how to cook like a real Cape Malay 'Auntie'! Learn how to fold Samoosa's and mix Masala for that perfect pot of Cape Malay Curry!

Only Available on Tuesday, Wednesday and Thursday

This tour is subject to a booking maximum of 10 passengers

Bo-Kaap is one of the oldest urban residential areas in Cape Town. The earliest development of the Bo-Kaap area was undertaken in the 1760s. The house that today incorporates the Bo-Kaap museum building is one of the houses built that retains its original form and dates back to 1768. It was furnished as a house that depicts the lifestyle of a nineteenth-century Muslim family. Today, the museum is in a transformation stage.

In the cooking class, guests will discover the secrets of mixing Masala, making Dhaltjies (Chilli Bites), preparing and folding Samoosas, making and frying Rootis and learning the traditional way to cook a mouth-watering Cape Malay Curry which you will enjoy in a sit down lunch whilst Zainie entertains you with local recipes and stories of food, culture and life.

Cape Malay cuisine is a fusion food born in Africa. Its alimentary origins can be found in the cooking pots of 17th and 18th century exiled dissidents and slaves brought to the Cape from the Dutch East Indies. While there are recognizable Asian elements, Cape Malay cooking has undergone a considerable degree of adaptation to suit local conditions and ingredient availability. The meals are not served in their respected courses; all the courses are laid out simultaneously on the table. Everyone decides for himself/herself what he or she chooses to eat first. The lady of the household seldom sits at the table. She sees to everyone's comfort. 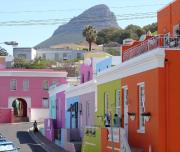 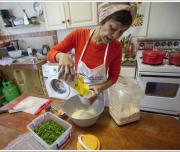 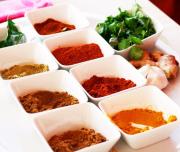 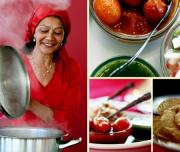 There are no reviews yet.

Best of the Cape Full Day